Carhirespain.net is the best way to reserve a rental perfect for your tour of Bilbao and the Basque Country. Don’t waste time with minibuses and shuttles to off-airport rentals. Pre-book online with us now, and your hire car will be waiting for you when you deplane at Bilbao Airport. Also, make use of our experience in car hire at Bilbao Airport.

Compare rental car prices and policies with us to ensure you get the car the matches your travel plans. Whether you want a mid-size sedan with an unlimited mileage policy or a convertible with one-way drop-off, we make it happen at Carhirespain.net.

Give our rental car comparison search a try. We put everything you need to find the best car hire Bilbao Airport has to offer at your fingertips.

Bilbao Airport has a good selection of in-terminal car hire suppliers. These are Europcar, Avis, Keddy, Hertz, Thrifty, Alamo, Enterprise, Budget, Sixt and Flizzr. All of them have desks located on the floor below the Arrivals Hall and also the baggage claim area.

Once you have your luggage, exit the baggage claim into the Arrivals Hall. Look for the lifts and moving walkways towards the centre of the terminal. Once you have found them, go one level down and take the walkway to the parking garage to find the car hire desks.

Despite the walk, once you have found the car hire desks, you have also found your hire car, as both are located within the car park. The signs directing you are very clear.

If your car hire reservation is with a supplier based offsite like Drivalia and Goldcar and Rhodium, you will need to check the pickup information on your car hire confirmation voucher. Most agencies offsite provide a free shuttle which picks you up just outside the terminal.

For those of you who have booked an on-site pick up at Bilbao Airport, retuning it is a matter of finding the same multi-storey car park you picked it up in. The car hire agents are in P1, the same building as General Parking.

As you approach the airport to be sure to take the exit marked Arrivals/Rent a Car Parking. The cark park entrance will be the first on your left. Keep an eye out — it looks like the entrance to a tunnel via a hill covered in grass.

Park your car, lock it after making sure you have all your belongings and proceed via the walkway to the car hire desk where you picked up your keys. Here you can also return them.

If you rented offsite, you will need to return the car according to the car hire agent’s instructions. Check your voucher if you are unsure. All offsite agencies offer a shuttle to the airport, just make sure you also have enough time budgeted to make your flight. 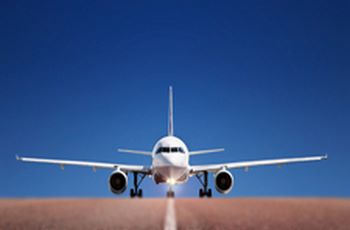 Bilbao Airport (BIO, LEBB), also nicknamed La Paloma, the dove, for its modern bird-like design, is located 9km north of Bilbao. It is the largest airport in Northern Spain and the Basque Country. In 2018 5,469,453 passengers moved through its doors.

The Airport is famous for its new, modern, terminal designed by Spanish Architect Santiago Calatrava.

The updated terminal opened in 2000. It is a far cry from the original airport at Bilbao, which opened in 1927 and was used only for military purposes until 1937. Bilbao Airport underwent numerous upgrades and construction delays before it opened in its current modern form.

The terminal looks like a bird in flight as you look out your window during take-off and landing. It is bright and also clean inside with strong skeletal white lines. It is beautiful architecturally and functional and easy to navigate.

Reviews about Bilbao airport terminal all seem to focus on how efficient it is given its smaller size.

The dove’s wings’ are also the boarding gates. Baggage Reclaim and the Arrivals Hall are on the ground floor of the bird’s body. Check-in is on the upper level.

Bilbao is as well-appointed as you would expect one of Spain’s most modern airport to be.

There is an excellent selection of shops and also duty-free in the airside passenger areas. There are many restaurants throughout both the passenger only and public spaces, notably a cafe in the arrivals area where you wait for friends and family to land.

Airside, there are also cafes and restaurants, and several small bars to occupy you as you await your boarding time.

Bilbao Airport has a beautiful VIP lounge, conference facilities, interfaith chapel and all the other services you would expect.

Its modern design is very convenient for passengers with challenges, and extra assistance is available.